Chamber Music Boston is teaming up with internationally distinguished violinist Solomiya Ivakhiv for
a FREE concert THIS Thursday in Cambridge! 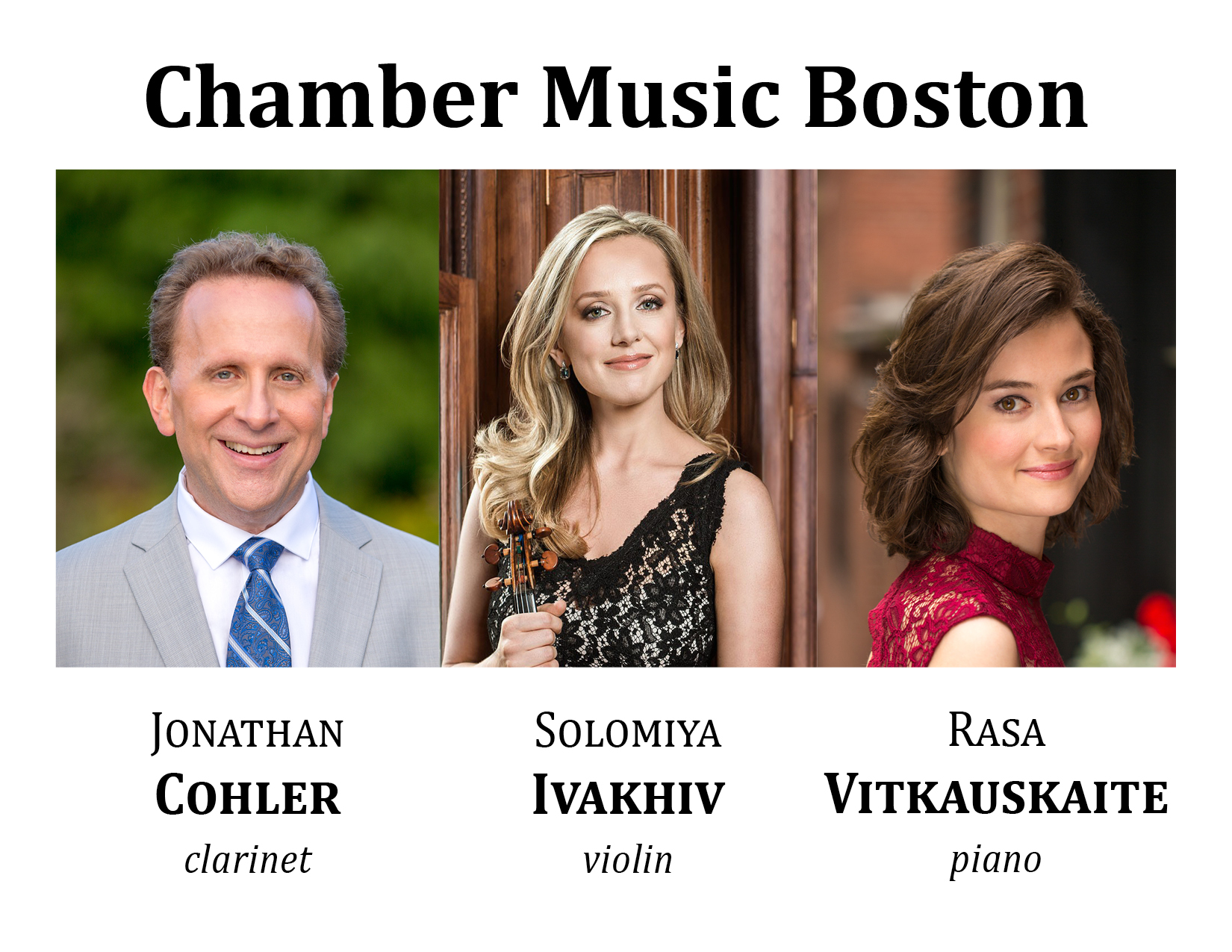 Violinist Solomiya Ivakhiv performs with “distinctive charm and subtle profundity” (Daily Freeman, New York) and “crystal clear and noble sound” (Culture and Life, Ukraine) in venues such as Carnegie Hall, Merkin Hall, and the CBC Glenn Gould Studio. In addition to making solo appearances with the Istanbul State Symphony, Charleston Symphony, the Bach Festival Orchestra in Philadelphia, the National Symphony of Ukraine, and China’s Hunan Symphony, she has been featured at many prestigious chamber music festivals, including Tanglewood, Embassy Series, Ottawa Chamberfest, Newport Music Festival, and Prussia Cove. She is the Assistant Professor of Violin and Viola at the University of Connecticut, and Violin Faculty at the Longy School of Music of Bard College.

Jonathan Cohler is recognized throughout the world as “an absolute master of the clarinet”. Through his performances around the world and on record, he has thrilled an ever widening audience with his incredible musicianship and total technical command. His many recordings have received resounding accolades and awards from magazines, radio stations and record guides worldwide. His technical feats have been hailed as "superhuman" and Fanfare Magazine has placed him in the pantheon of legendary musicians: "one thinks of Dinu Lipatti." He is Professor of Clarinet and Chamber Music at the Longy School of Music of Bard College.

Hailed for artistry of poetic and observant sensitivity (Gramophone), Rasa Vitkauskaite is an internationally acclaimed, multiple award-winning pianist. She released her debut solo CD Reflections on Ongaku Records in 2014, featuring works by Beethoven, Ravel, Guastavino and Liebermann. Fanfare praised her "scintillating pianism" while dubbing her "a Beethoven interpreter of penetrating insight". Winner of the Grand Prix at the Mendelssohn Cup Piano Competition, Ms. Vitkauskaite is the pianist of the Boston Philharmonic Orchestra and faculty member at the Concord Conservatory.